Are you planning to propose to your girlfriend anytime soon? If you are, then you should definitely know how much you should spend on an engagement ring in order to not be so cheap, and not be too extravagant. In reality, proposals can become expensive depending on how you want it to be, just so long as it fits your budget. Nowadays, there are a lot of changing rules when it comes to what is considered the proper spending amount when buying engagement rings. If you are still planning on getting an engagement ring, then you probably should check out some engagement ring buying rules.

According to tradition, a man should set at least the equivalent of three months of his or her salary, but since more and more men are becoming conscious of the money they spend, then the lesser amount is also already acceptable. If you already have a budget for the ring, you have to remember the 80/20 rule, which states that 80% of the budget should be allocated toward the center stone, and the 20% is for the rest like the metal, the side stones and everything else. You also have to consider if the woman you intend to marry is the type who likes expensive jewelry. If she is, then you might want to push for getting the more expensive engagement rings.

If you can afford to pay for the engagement ring in installments, the better. You can go for buying engagement rings using your credit cards, or using a personal loan or a layaway plan from the actual jewelry store, which is a good option, as you do not have to allocate a big amount! If you are already buying your ring at an installment basis, make sure that you get insurance for it too!

The most important thing about buying engagement rings is, do not spend something more than you can pay for! There’s really no point in purchasing something that you will make you breaks the bank! Remember, no matter how much the engagement ring is, at the end, it’s always the thought the counts. 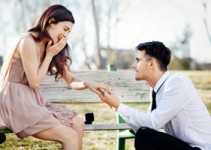 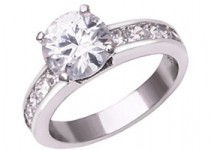 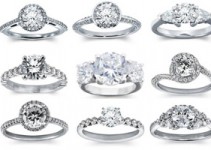 How to buy an Engagement Ring